Rabbi Isserman traveled to Nazi Germany several times and reported back to Missourians, including the MSM campus, on the rising danger he found. Join us to learn how Missourians such as Rabbi Isserman experienced the Holocaust at home, on the battlefield,

This is a living document. If you know of other material that should be added to this libguide, please email the archives.

Searching the S&T Library catalog using the search terms "Missouri" and "Holocaust" will bring up a plethora of resources. You may need to log in with a Missouri S&T ID to use electronic resources. Additional resources are listed below.

Photo Gallery for "Rabbi Ferdinand Isserman Sounds A Warning: Missourians and the Holocaust""

Rabbi Isserman, a prolific author, renowned speaker and tireless social justice advocate was born in Belgium and raised in the United States. He earned his M.A. from the University of Pennsylvania (1924) and served two synagogues before arriving at Temple Israel in St; Louis where he served from 1929 to his retirement in 1963.

He enlisted in the US Army Infantry in WWI, and volunteered with the American Red Cross during WWII, serving in North Africa. Between the wars he traveled to Nazi Germany three times; in 1933, 1935, and 1937; taking on as his mission to report back to Americans about the conditions in Nazi Germany and the rising threat he witnessed. His 1935 trip was undertaken without a visa to enter the country, and he created several false trails to throw off any pursuers.

He was tireless in his efforts to get the message out, with speaking engagements, letter writing campaigns, newspaper articles and columns, his weekly radio show, and interaction with state and local governments.

As part of his efforts he spoke on the MSM campus several times. His 1934 speech, reported on in the Missouri Miner February 6, 1934 issue, The reporter notes from Isserman's speech, "The Nazi believes in the totalistic state in which everything and everyone is subjected to the will of The Leader, and have, therefore deliberately eradicated every vestige of democracy and freedom. To assure their complete dictatorship, all opposition has been ruthlessly suppressed, the leaders of all democratic and opposition groups being either cruelly exterminated (known in German newspaper parlance as "committing suicide") or incarcerated in concentration camps." 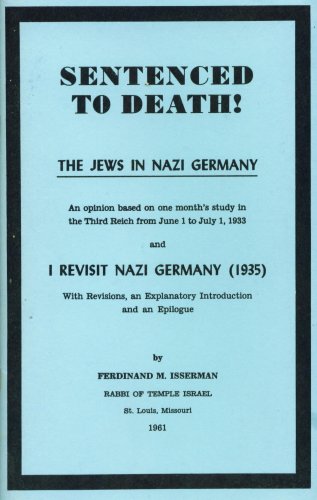 "Sentenced to Death: The Jews in Nazi Germany"

"Sentenced to Death: The Jews in Nazi Germany" is a compilation of two publications by Rabbi Isserman on the growing Nazi threat as he witnessed it in 1933 and 1935. 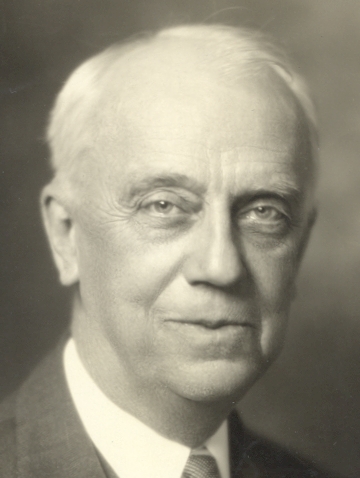 Walter Williams (July 2, 1864–July 29, 1935) was a journalist, educator, and champion of a free press.In 1908 he became the Dean of the new  School of Journalism;  the only journalism school in the world.He also started the Columbia Missourian newspaper so students could get first hand experience. As President of the University of Missouri from 1931 to 1935 he visited Nazi Germany several times in the 1930s, and in 1933 met with and interviewed Adolf Hitler. His writings indicate an evolving awareness of the damage Hitler could and did pose for Germany and the world. His wife, fellow journalist Sarah Williams, wrote extensively on their time in Germany and several of her papers are presented in this libguide and exhibit, including her recounting of a Hitler rally to which they were honored guests. Note: there is nothing to suggest the Williams were sympathetic in any way to their hosts' views, 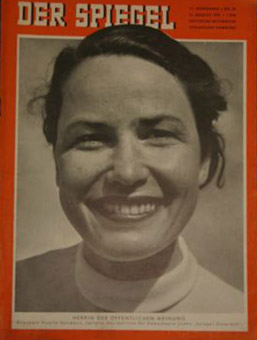 Elisabeth Noelle was one of two exchange students from Germany sent by the National Socialist Party (Nazi Party) to the University of Missouri Columbia campus in the fall of 1937. She was trained for this visit  by the party and personally selected by Hitler to be a part of a larger exchange student program that saw students sent to multiple nations. During her time on campus she delivered speeches to community groups and wrote articles about Nazi Germany that others viewed as propaganda. The exhibit includes articles written about her time in Missouri, and include excerpts from speeches and articles by her.

She much later taught political science at the University of Chicago,and in 1991 her past came to light. She stated, "I am anguished by the suffering of Jews in Nazi Germany," The controversy about her involvement with the Nazi Party is covered in the following Wiki entry: https://en.wikipedia.org/wiki/Elisabeth_Noelle-Neumann 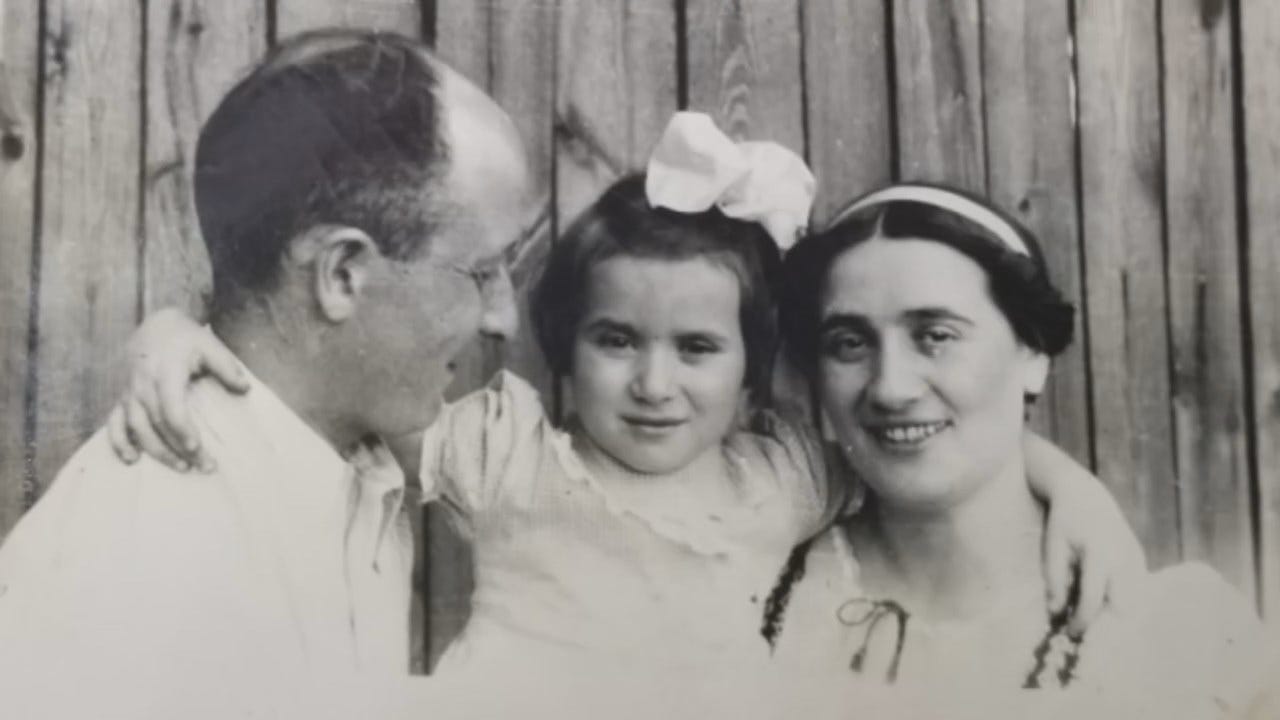 Born Khristina Teofila Eva Krystyna Wolman on October 29, 1932 in Lodz, Poland. Eva, alongside her family and other Jewish residents was forced into the Lodz Ghetto in 1940. In 1944, she, her parents, and grandmother were sent to Auschwitz where they were separated from her father. They were later sent to Stutthoff where her grandmother was killed, then to Dresden in November 1944. In March 1945 she and her parents were forced on a Death March to Theresienstadt in the Czech Republic. They remained there until May 8, 1945 when the camp was liberated by Russian soldiers. After the war her family moved to Germany where Eva met and married American GI, Herb Unterman. 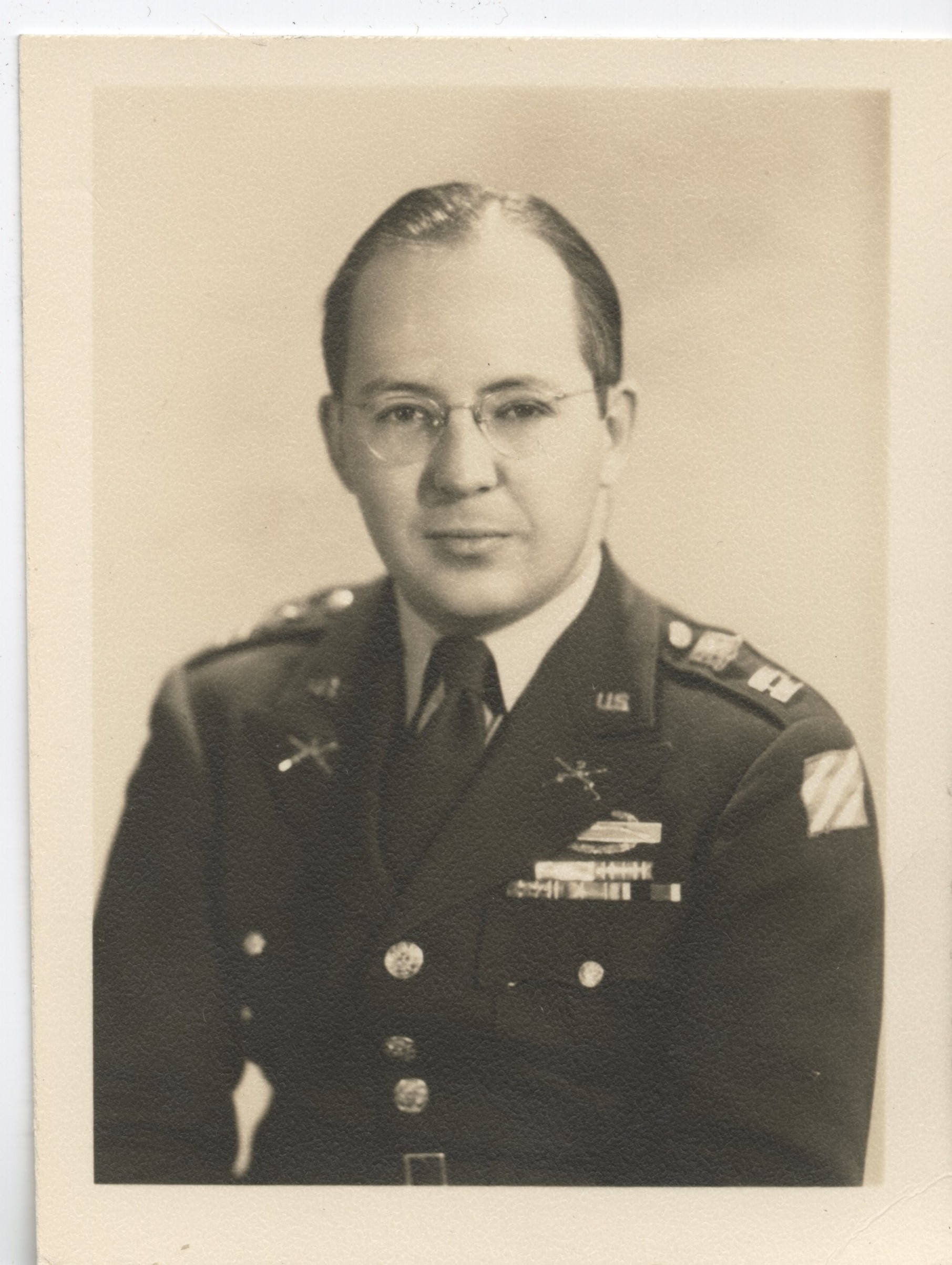 Born in St. Louis in 1917, John Henry Pohlman received his Bachelor of Laws degree from Yale University in 1942, passing the Missouri Bar Exam that same month. He worked in his father’s law office in St. Louis until being called into service in September 1942. In November 1944 he shipped to Europe joining Patton’s Third Army in Metz, France. In May 8, 1945 he served with the Office of Military Government, United States in Allied-occupied Germany. He was discharged in November 1946 but requested to be recalled to serve with the group prosecuting Nazi war crimes. His request was fulfilled in 1947 and he was assigned to the 7708 War Crimes Group. He served as defense council on one case and worked with the prosecution on 25 other case, 15 as the chief prosecutor. On July 8, 1948, Pohlman was relieved of duty for a final time and returned home to Missouri. 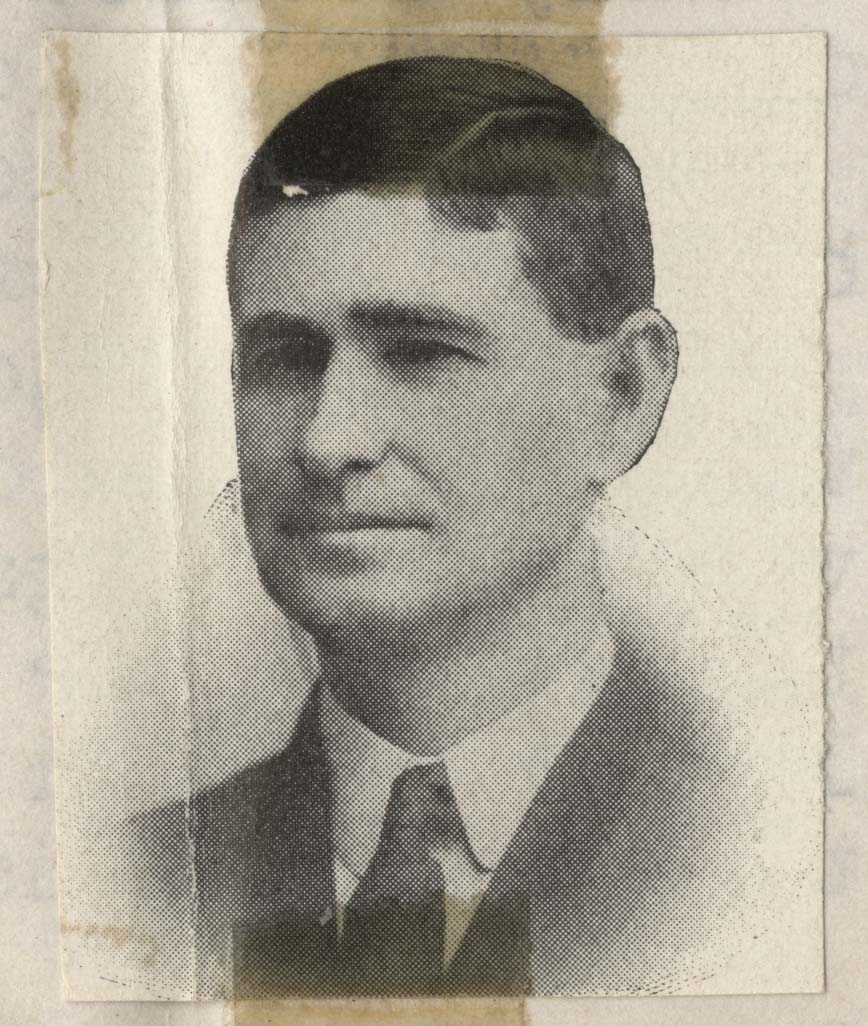 Wallace Kent Daetwyler was born to Fred and Rheua Daetwyler on April 16, 1915, in Barton County, Missouri. He married Ruth Anderson in 1939. Before the war, Daetwyler worked as a reporter for the Lamar Democrat. He served as an information technician with the U.S. Army Medical Corps in England, France, and Germany.  By April 1945, he was traveling into Germany and the letters illustrate the destruction of the cities, war refugees, German civilians, and atrocities of the Holocaust. He write in April 1945, documenting a visit to Buchenwald Concentration Camp shortly after the camp was liberated by American forces. He was discharged and returned home in December 1945.