Libguide to accompany the Smithsonian exhibit

Searching the S&T Library catalog using the search term "World War, 1914-1918"  will bring up a plethora of resources. You may need to log in to use electronic resources. 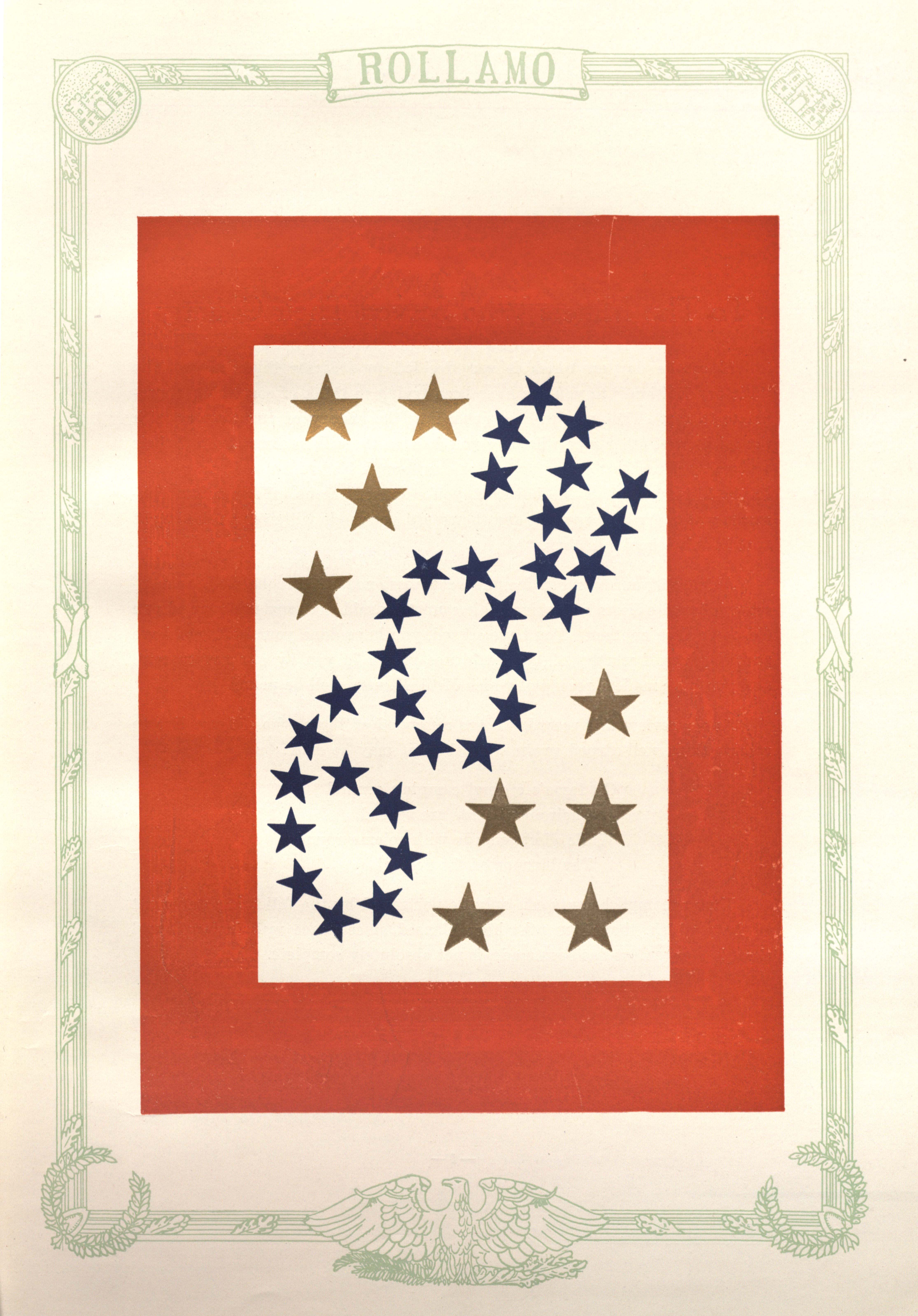 Image from 1919 Rollamo shows the MSM service flag. 602 students, faculty, alumni and staff went to war or participated in the war effort at home. The nine gold stars represent the men killed.They were: 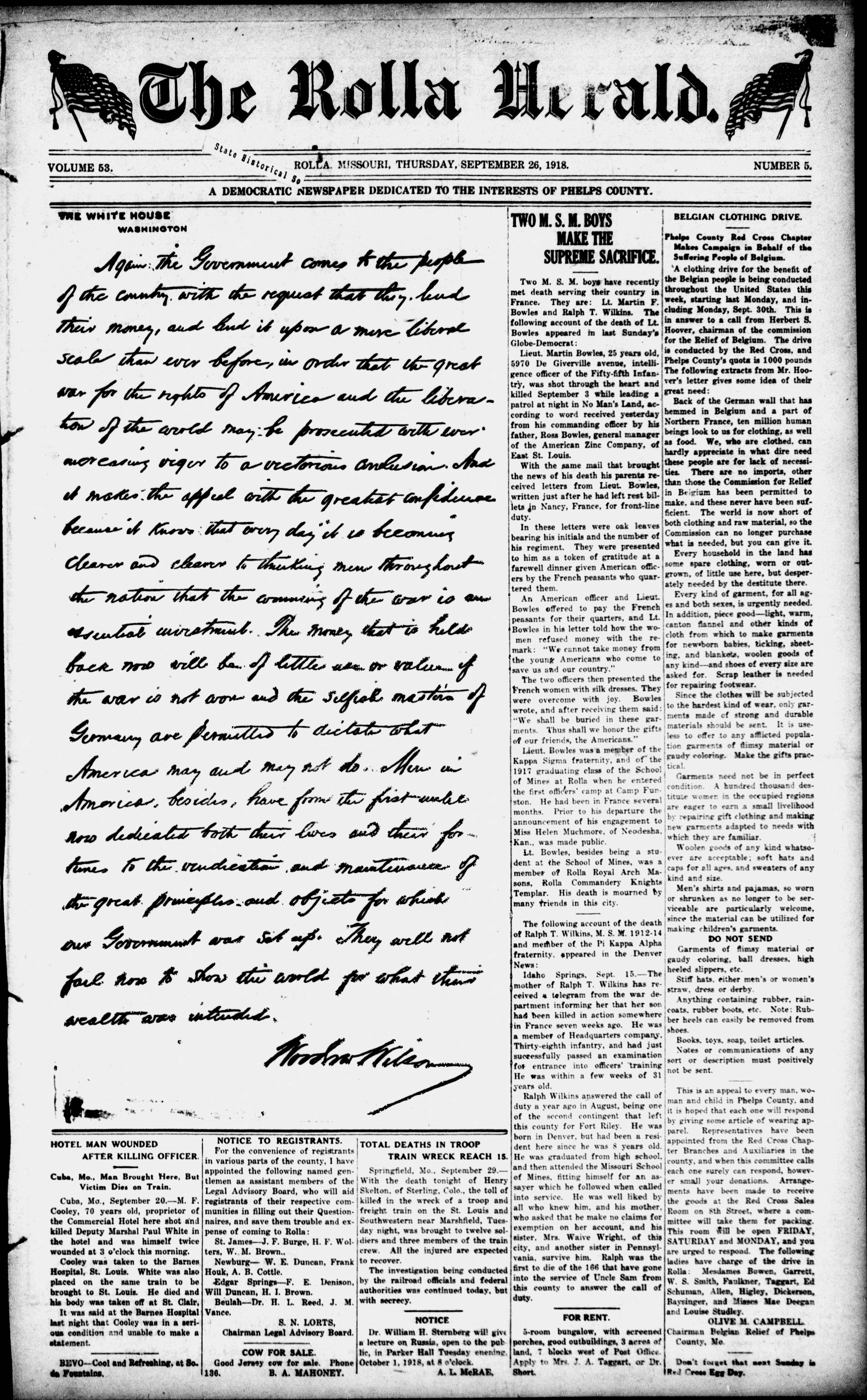 Letter from President Woodrow Wilson and article about deaths of Martin Bowles and Ralph Wilkins.

In 1917 the student body decided that there needed to be a flagpole on the MSM campus, with the flag flown regularly. A subscription was raised, and the 100 foot pole was erected. Students volunteered in teams of two to raise and lower the flag each day. Image from 1918 Rollamo. 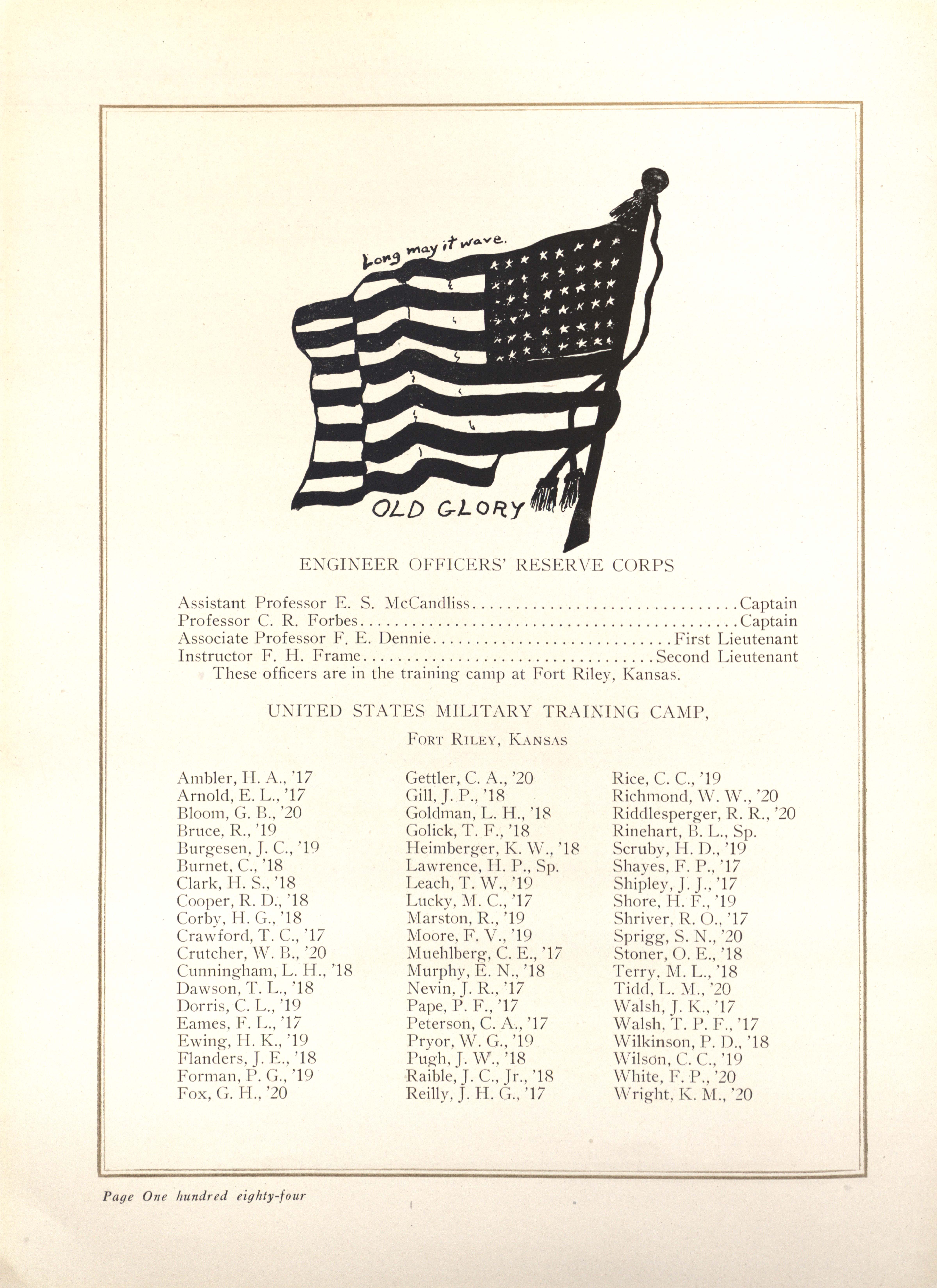 List of MSM men stationed at Fort Riley. From 1917 Rollamo. 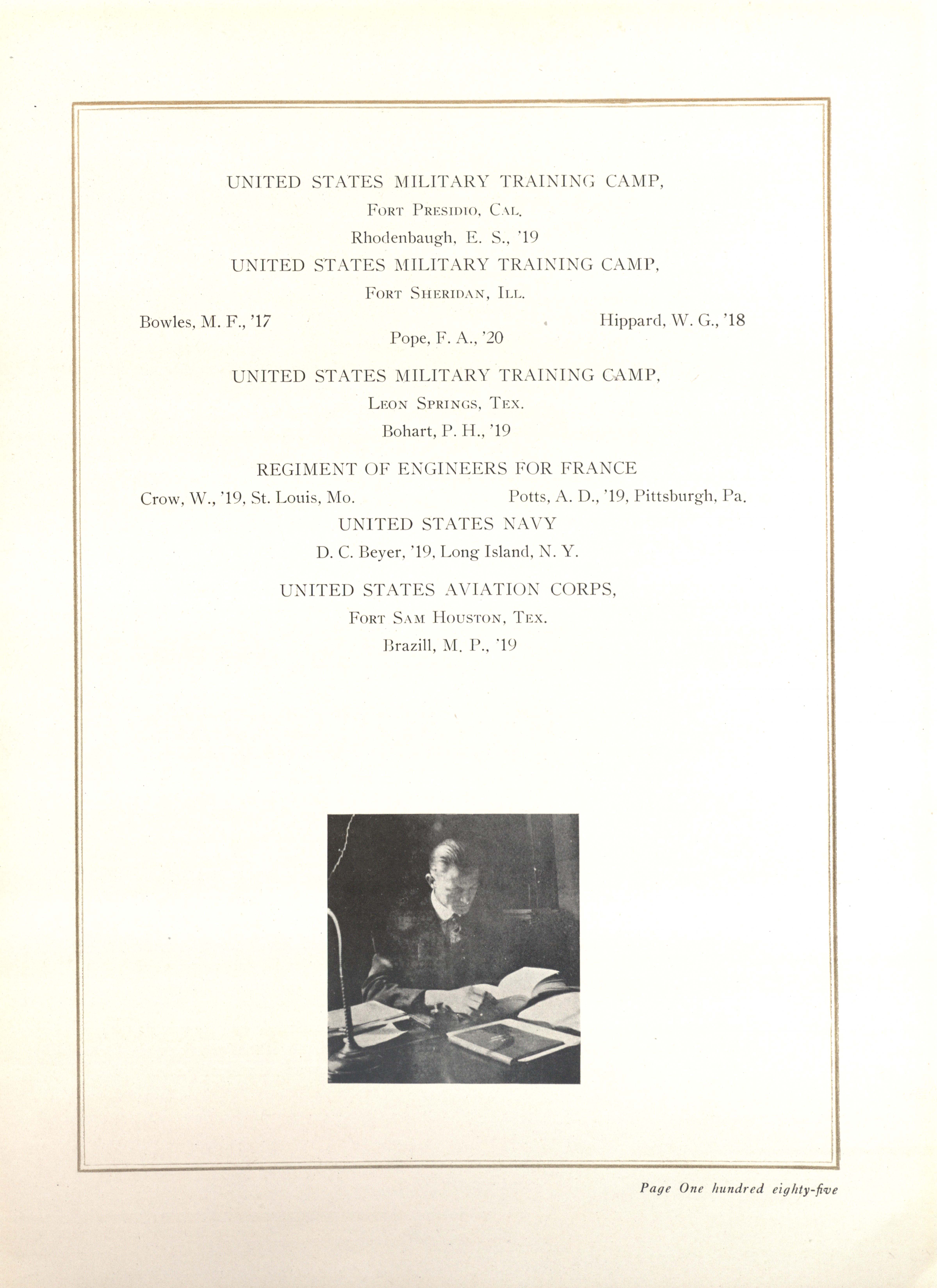 MSM men stationed at other bases. 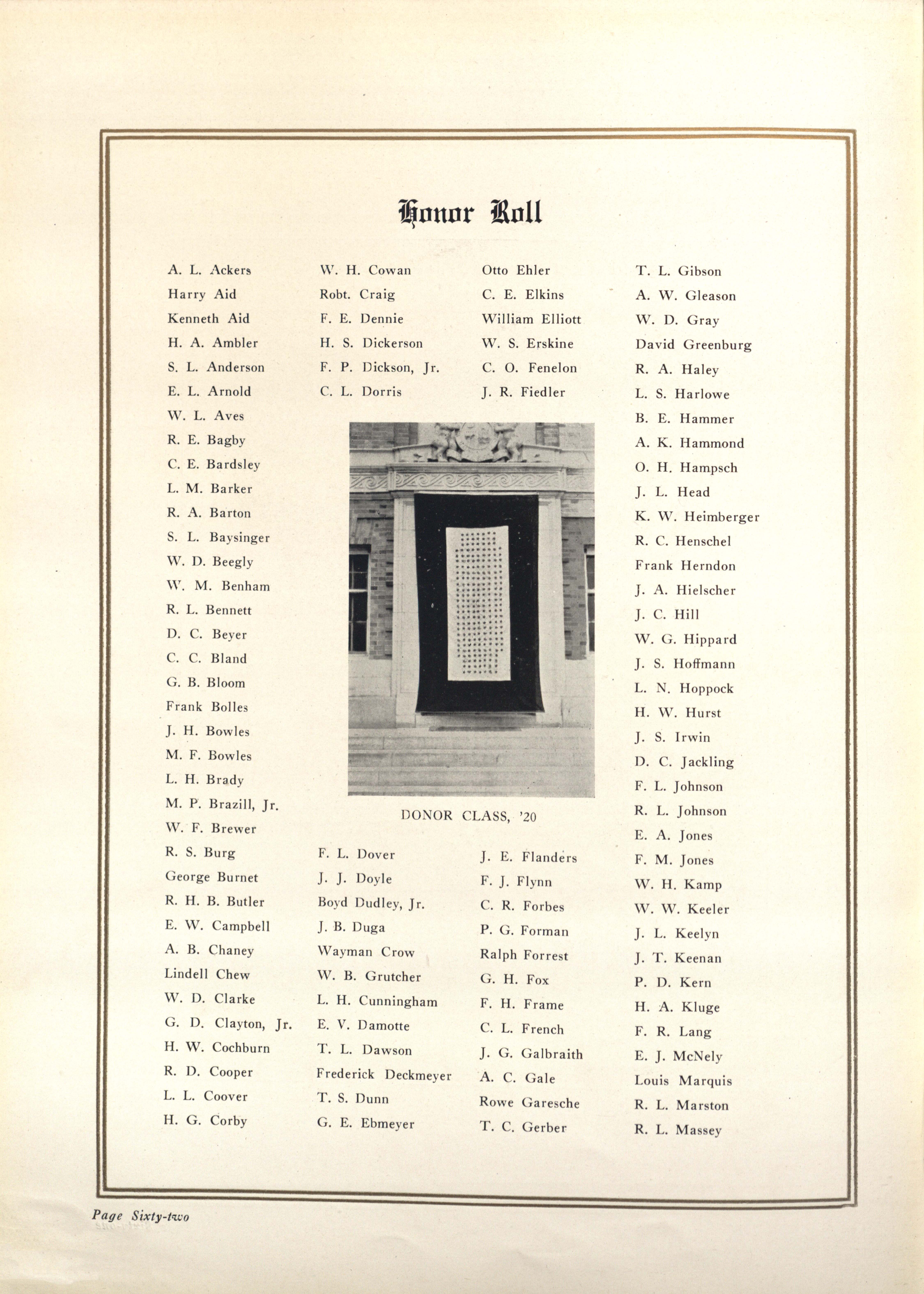 Image from 1918 "Rollamo" showing original service flag created by students and list of names of students, faculty, and staff who had enlisted. 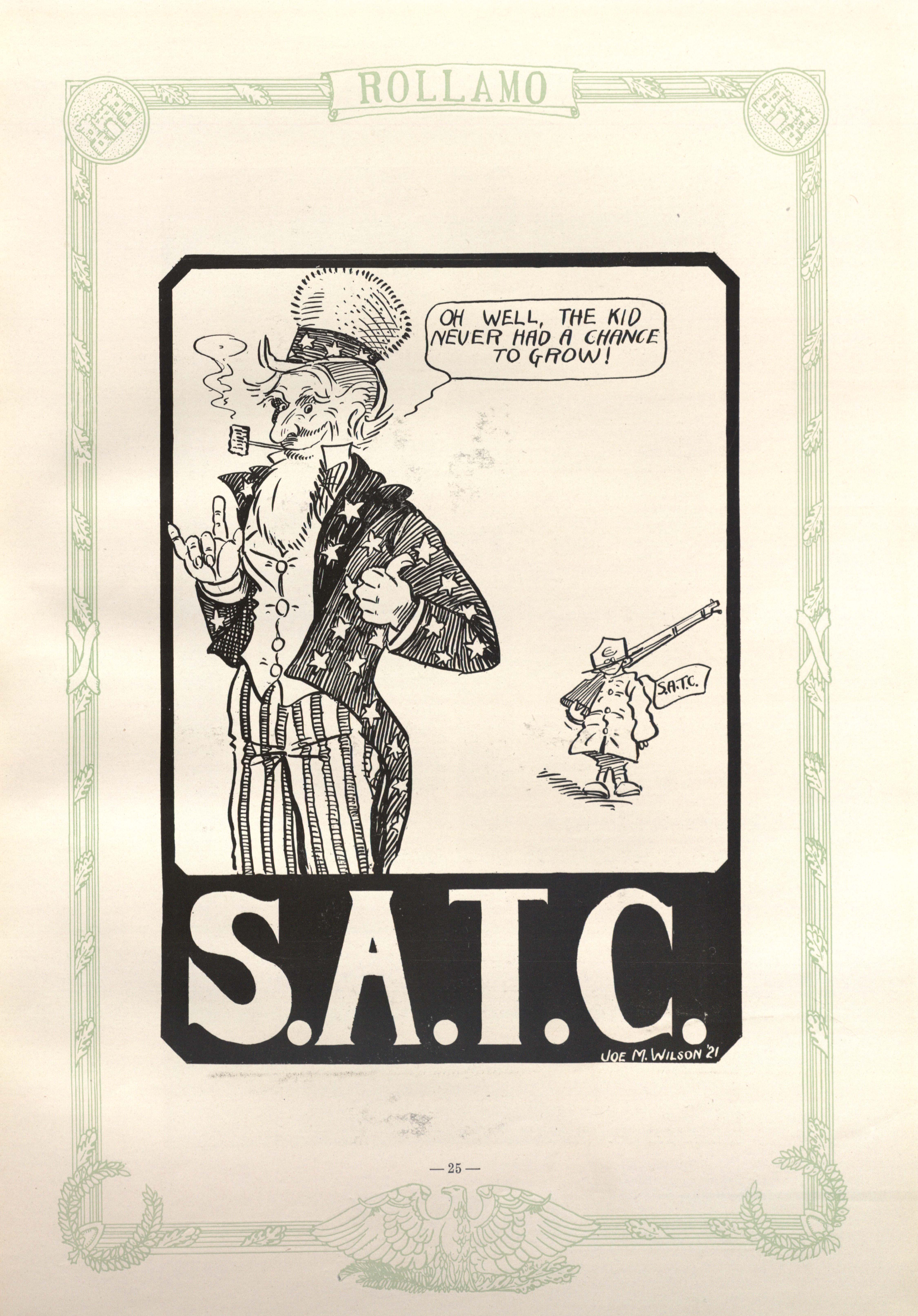 The Student Army Training Corps was a short-lived organization that preceded the R.O.T.C. on the MSM campus. Image from 1919 "Rollamo." 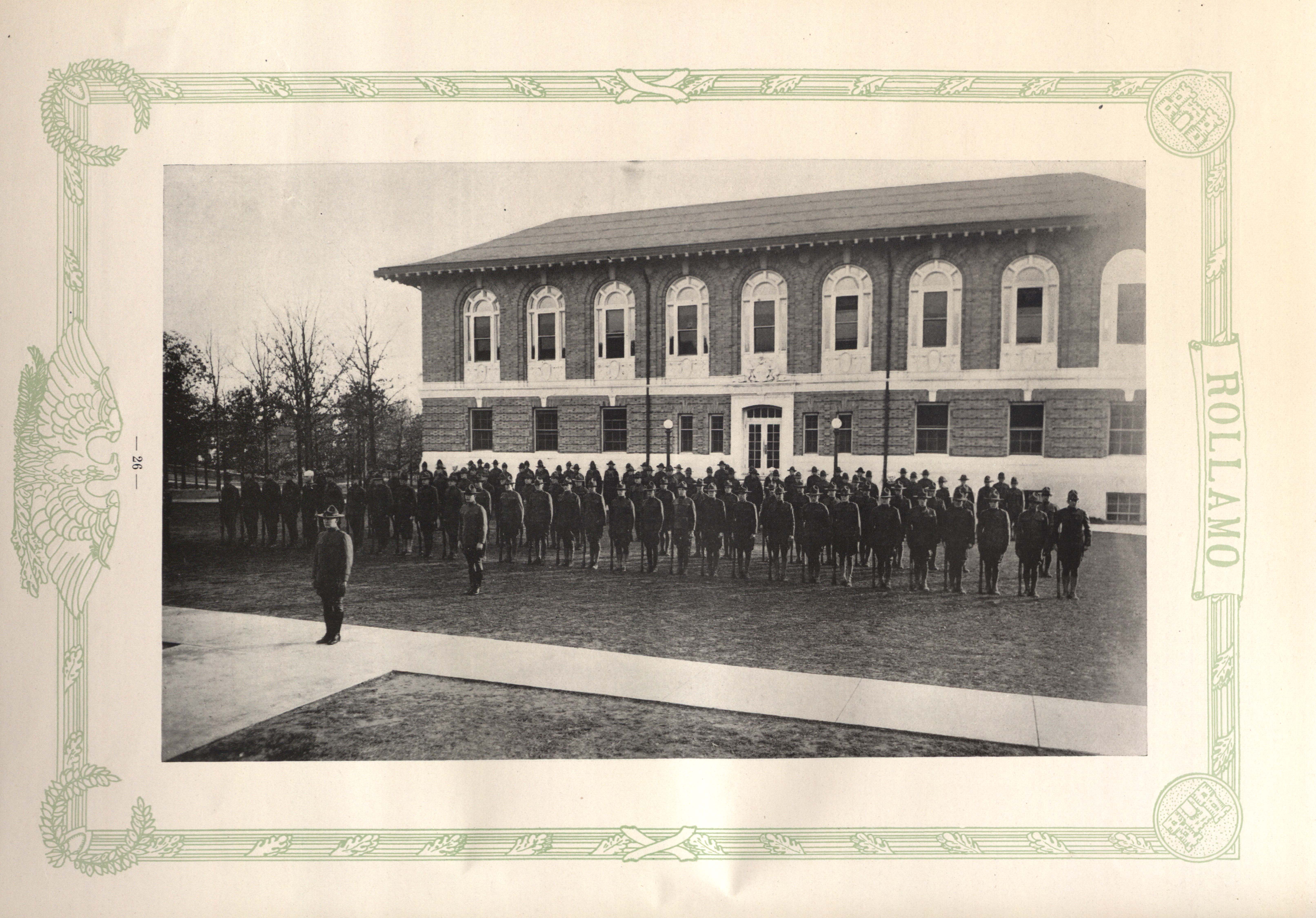 Image of students in formation, from 1919 "Rollamo." 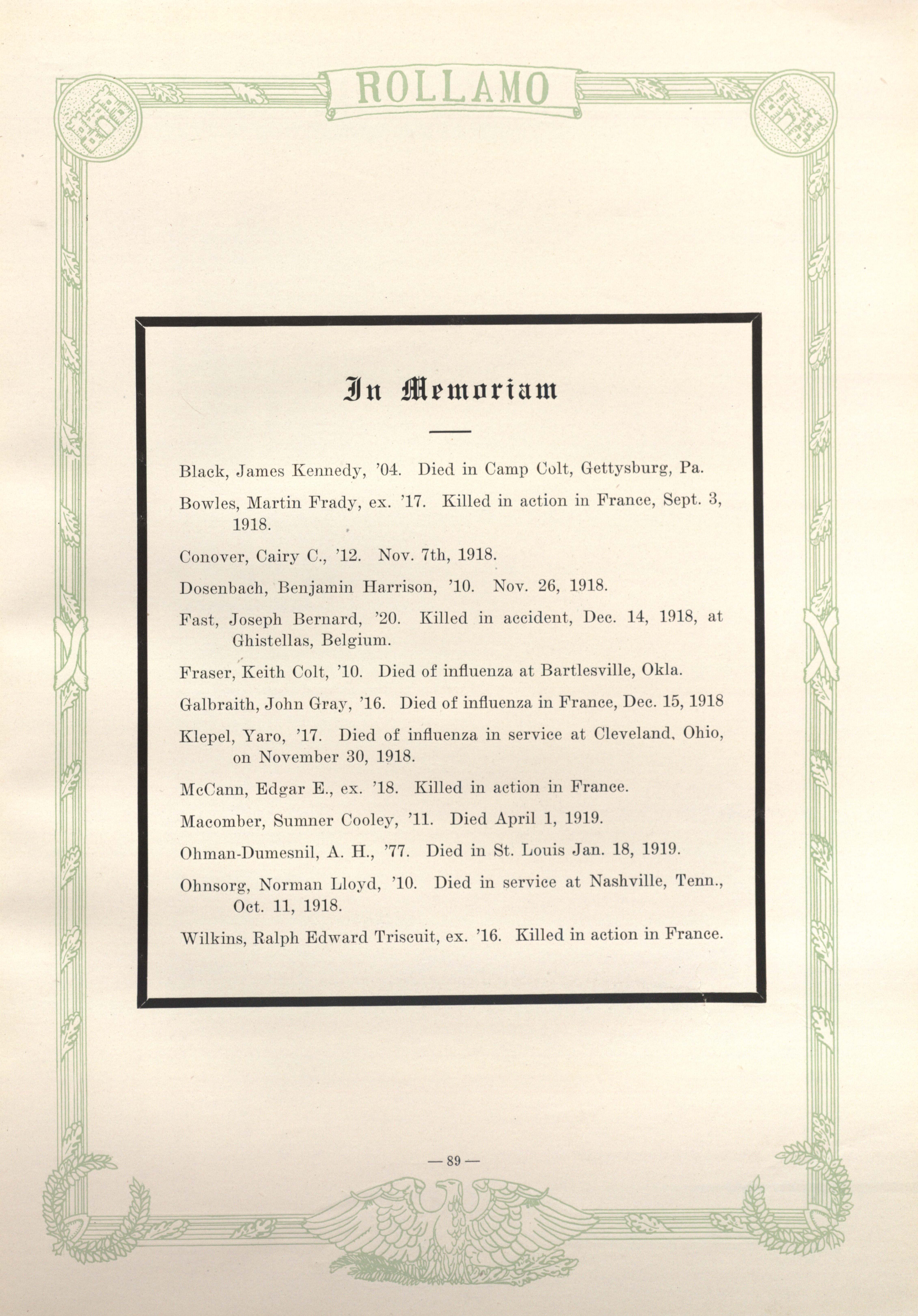 List of students killed in the war. Includes their date of death, and cause. 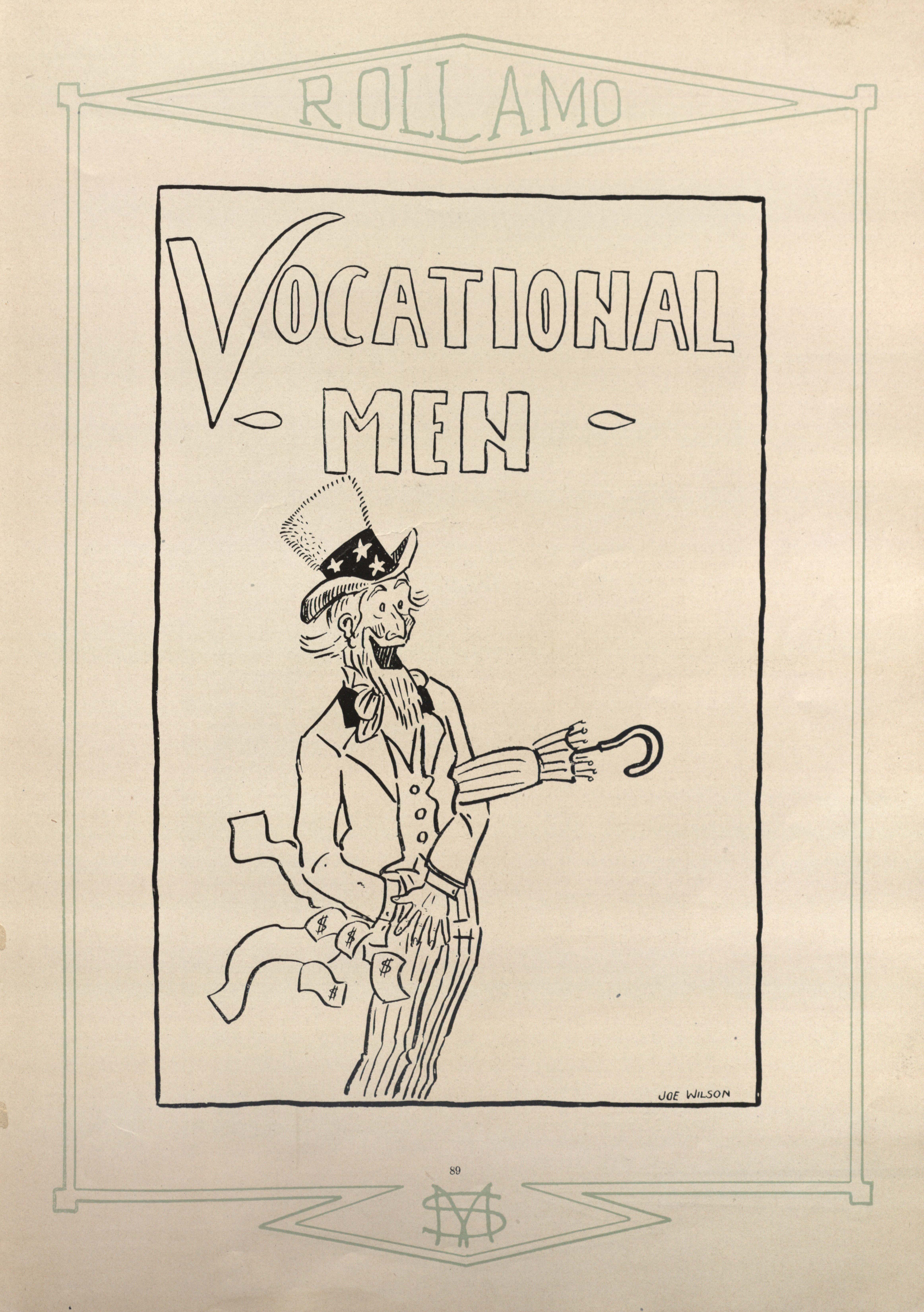 In 1919, MSM started a vocational training program for veterans. The program lasted until 1926. There is more information in the 1920 "Rollamo" 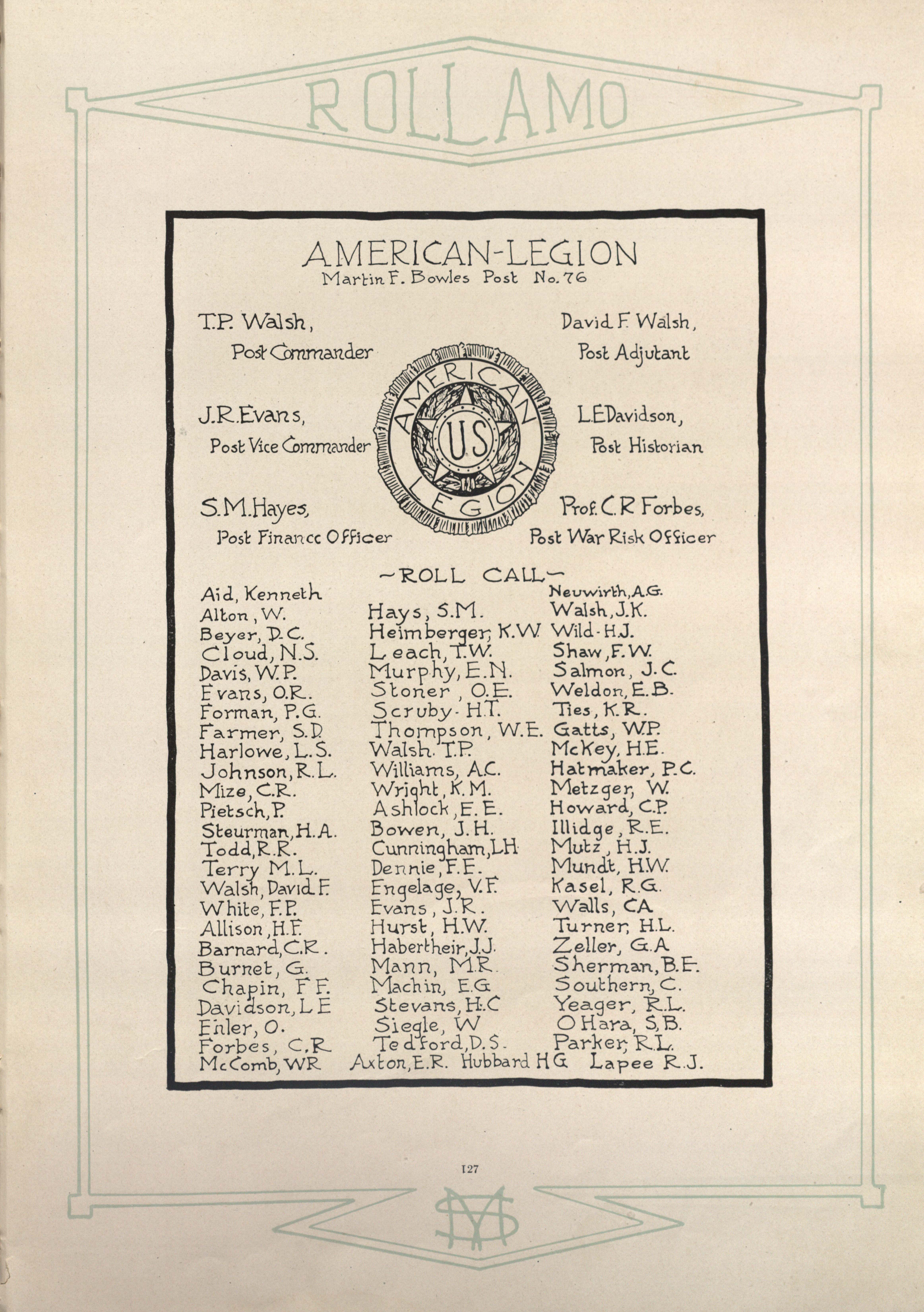 The Rolla post of the American Legion was located on campus, and was named after Martin Bowles, a student killed in action. This image is from the 1920 "Rollamo"

All mail coming to the U.S. was censored during WWI. Note the censor stamp on the lower left side. Officials opened all mail to determine if they were a threat to security. Soldiers’ letters were opened and any details pertaining to troop movements, locations, battle plans, etc. were cut from the letter. 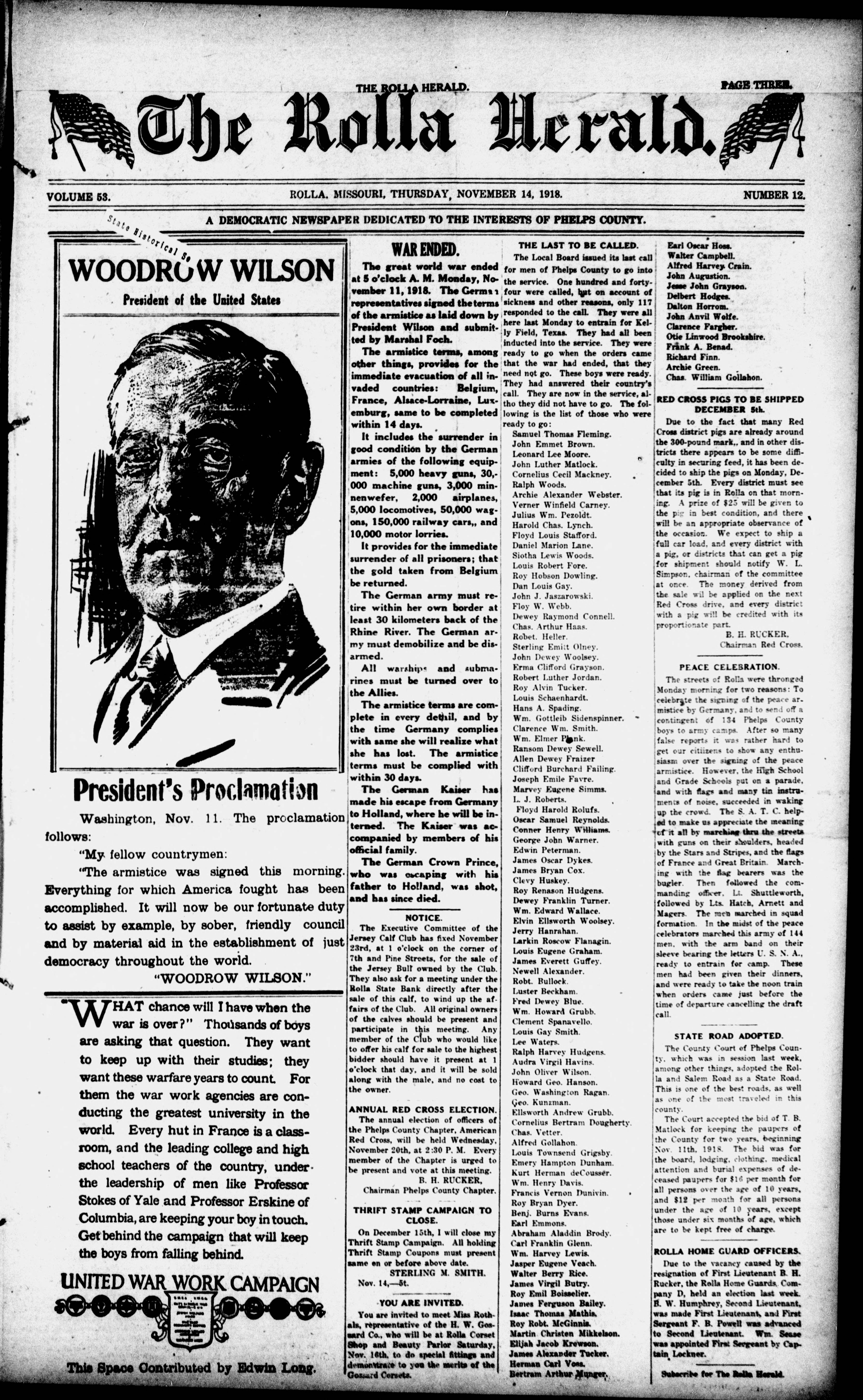 President Woodrow Wilson announces the signing of the armistice which took place on November 11th. The article includes details of the agreement. “The Last to be Called,” includes the list of men drafted into the armed forces, but had just made it to training when the war ended. 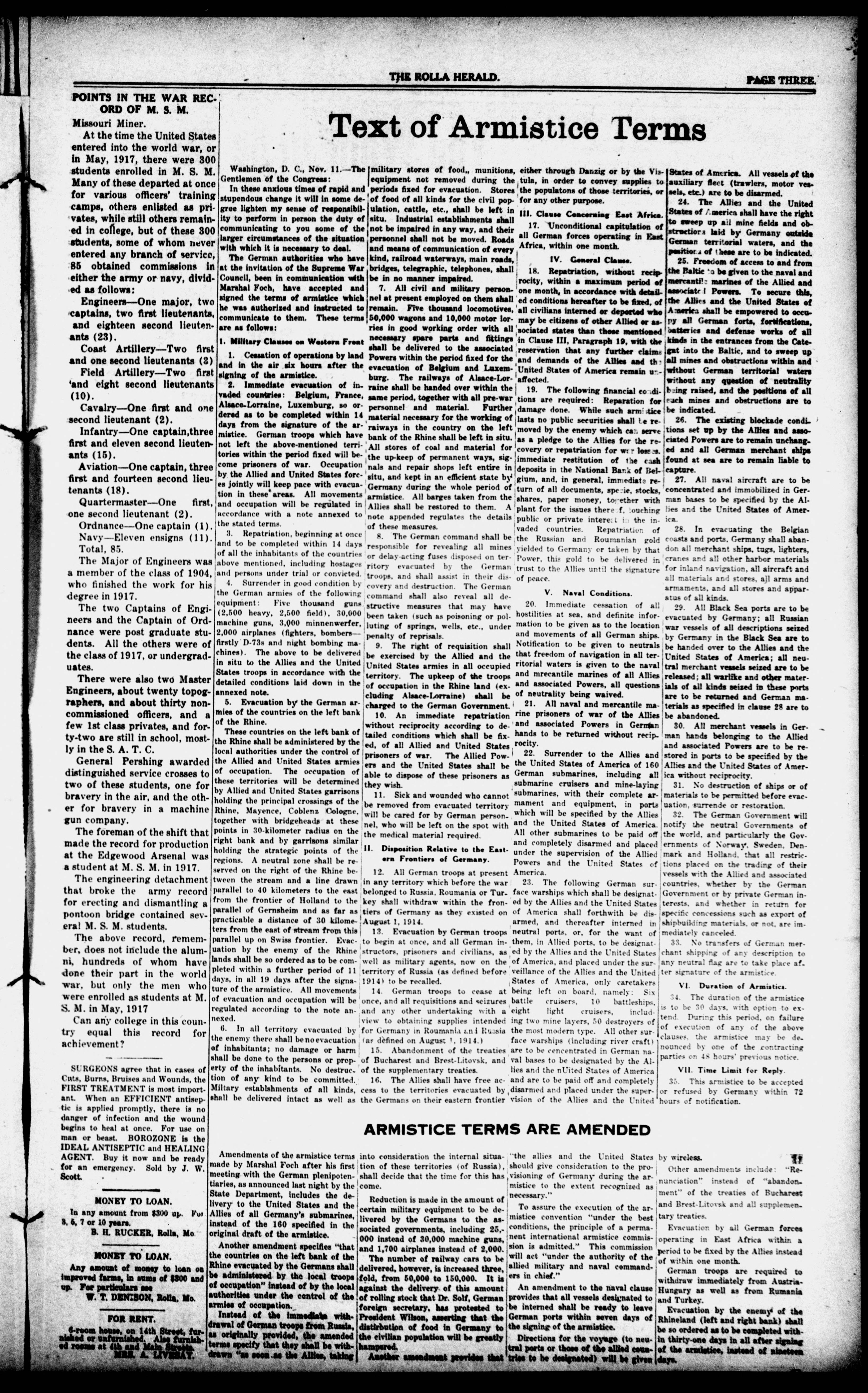 Full text of the armistices agreement. 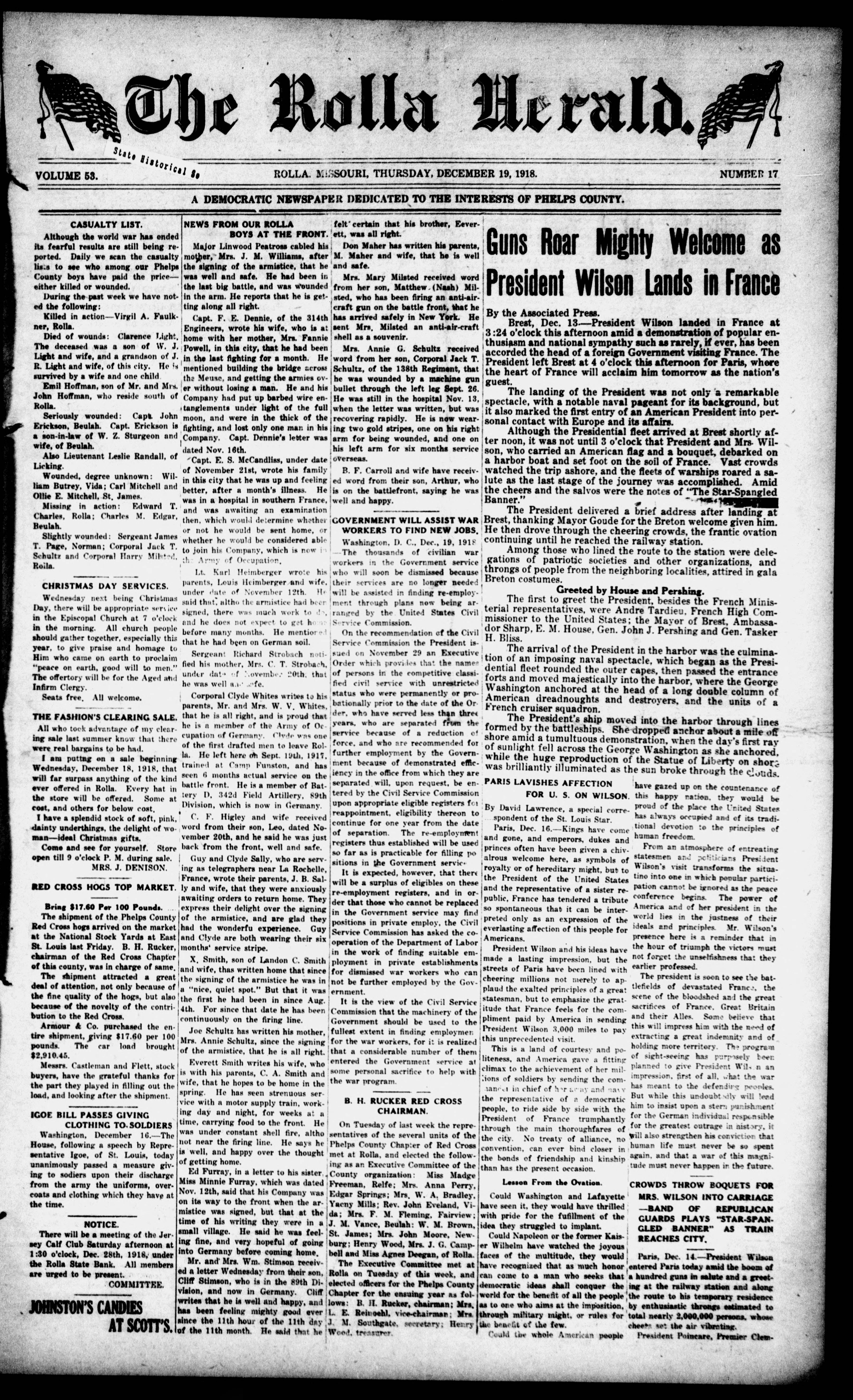 This page reports on local “Rolla boys at the front,” list those who were wounded or killed, and discuss local Red Cross efforts. President Wilson landed in France on December 13, 1918 where he met with government officials and army generals including John Pershing.

Smithsonian educational resource for "World War I: Lessons and Legacies"

Articles from the Missouri Historical Review