Americans and the Holocaust: A Traveling Exhibition

Holocaust history raises important questions about what the international community, including the United States, could have done to stop the rise of Nazism in Germany and its assault on Europe’s Jews.

The Americans and the Holocaust traveling exhibition addresses four questions:

By the time Nazi Germany forced the world into war, democratic civilization itself was at stake. The US military fought for almost four years to defend democracy, and more than 400,000 Americans died. American soldiers and civilians alike made enormous sacrifices to free Europe from Nazi oppression. Yet saving Jews and others targeted for murder by the Nazi regime and its collaborators never became a priority.

The United States alone could not have prevented the Holocaust, but more could have been done to save some of the six million Jews who were killed. This exhibition examines the motives, pressures, and fears that shaped Americans’ responses to Nazism, war, and genocide.

Americans and the Holocaust will be on display at the Curtis Laws Wilson Library from September 18 to October 22, 2022.

The exhibition is free and open to the public during our posted exhibition hours.

If you are an individual with a disability and require accommodation, please email library@mst.edu or call (573) 341-4008 during the exhibit hours at least 24 hours prior to your visit. 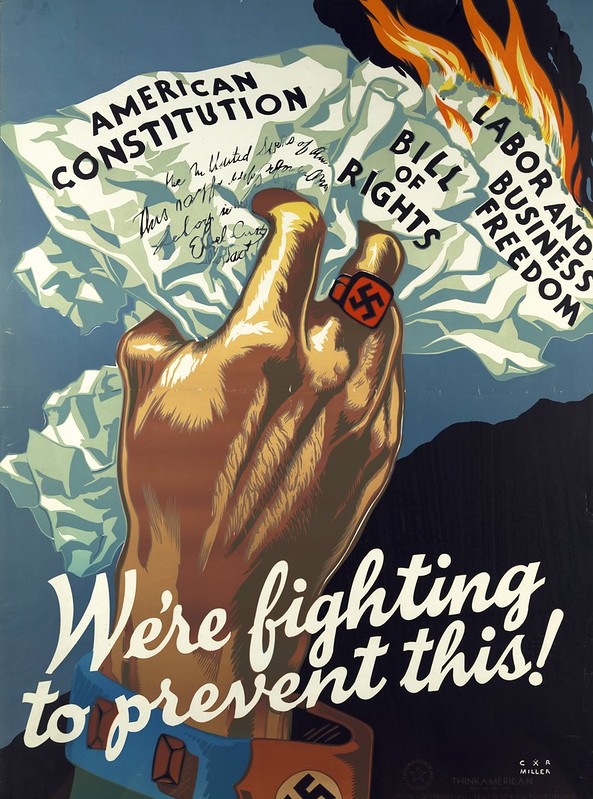 To schedule a guided group visit to the Americans and the Holocaust exhibition at Missouri S&T, please complete this form. The form must be submitted at least 1 week before the requested visit dates. While we will do our best to accommodate every request we receive, submitting the form does not guarantee the requested dates. Group tours may only be scheduled from 8 am - 5 pm, Monday - Friday.

For questions or more information about the exhibition, please email library@mst.edu or call (573) 341-4008. 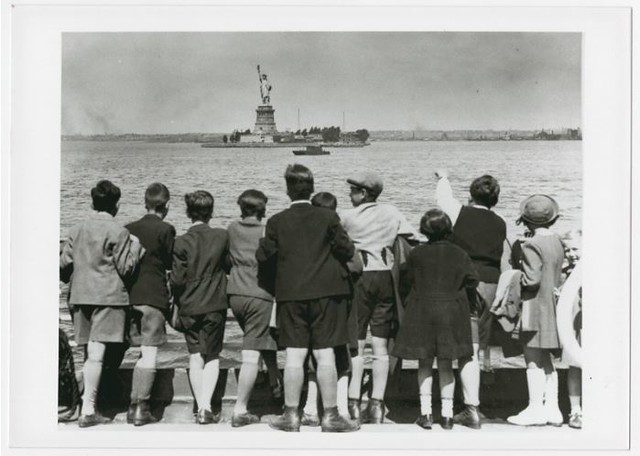 Children aboard the President Harding look at the Statue of Liberty as they pull into New York Harbor. They were brought to the United States by Gilbert and Eleanor Kraus. USHMM, courtesy of Steve Pressman.

Americans and the Holocaust: A Traveling Exhibition for Libraries is made possible by the United States Holocaust Memorial Museum and the American Library Association.

Americans and the Holocaust was made possible by the generous support of lead sponsor Jeannie & Jonathan Lavine. Additional major funding was provided by the Bildners — Joan & Allen z”l, Elisa Spungen & Rob, Nancy & Jim; and Jane and Daniel Och. The Museum's exhibitions are also supported by the Lester Robbins and Sheila Johnson Robbins Traveling and Special Exhibitions Fund, established in 1990.